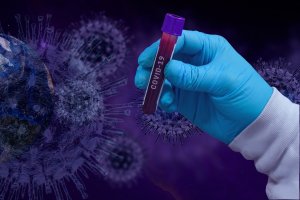 (Note: The following was originally published in Multilingual Insights.)

At the time of this writing, millions of Americans are have been ordered to stay home, instructions that are hard enough to grasp if you speak English—even harder still for the eight percent of Americans considered limited English proficient (LEP). As new updates and guidelines are issued by the day—in English-only communication, for the most part—what happens if critical messages aren’t communicated to LEP citizens? To put it bluntly: How are we going to stop the spread of the virus if a group of 25 million Americans goes uninformed?

Several state and county websites are relying on Google Translate, a service that’s better than nothing but often fails to convey information in an accurate and clear way. This method also assumes LEP citizens will find and successfully navigate the website on their own. Cities like Boston are making efforts to reach all residents, despite their language proficiency or internet access. The city launched a multilingual text service for COVID-19 updates and also distributed informative pamphlets outlining preventative measures and city resources.

And what about businesses, hospitals, and government agencies? Well, many are calling on the often behind-the-scenes language services industry, largely made up of freelance translators and interpreters and language services providers (LSP) who serve as intermediaries between end clients and independent contractors.

Melissa Harkin of Harkin Translations, Inc., a boutique LSP specializing in Portuguese, Spanish, and English languages, has seen a 32% increase in workload for February when compared to the same month last year. “The spike is specifically related to the outbreak,” Harkin said. Her company receives daily requests to translate different types of content related to the pandemic: internal communications for human resources, travel advisories, urgent scientific papers for the international research community, and new state or national policies, among others.

“Most of the requests are urgent, so we’ve been working extra hours,” Harkin continued. “We’ve experienced similar spikes in the past, such as the H1N1 flu pandemic, Ebola outbreak, and the 2011 Rio de Janeiro floods and mudslides.” What she’s not sure of is how long this will continue. “The full global economic impact of the pandemic is yet to be seen,” she said.

Steve Lank, vice president of translation services at Cesco Linguistic Services headquartered in Denver, Colorado, has been pulling long days, seven days per week, to service COVID-19-related translation needs for clients since lateFebruary. “We’ve seen a huge spike in requests for translation services,” he said. “And everything is urgent. We have to get the news out fast.”

Clients requesting these services range from the Colorado Department of Public Health and Environment (CDPHE) to hospitals, clinics, public schools, nonprofit organizations, and social services. They’re working around the clock to translate critical health and safety information for the LEP public. This includes factsheets for travel, memos on proper hand washing, as well as explanations of testing procedures and social distancing, among hundreds of others.

“Things are changing constantly. One day, we translated a sign for the CDHPE stating: ‘CDPHE is not offering COVID-19 testing for the general public,’” Lank said. The next day, a state of emergency was declared, and they started offering testing. “Then, we had to translate a new sign.”

For the remote team at Translations in Motion, Inc., a few of their contractors played a critical role in the medical care of American expats at the onset of COVID-19 in China. When the Center for Disease Control and Prevention (CDC) airlifted American expats from Hubei Province and Wuhan City back to the states, those who were infected were sent to hospitals for treatment, while those not showing symptoms were quarantined on Marine Corps and Air Force bases. Translations in Motion was contracted to provide interpreting services to LEP people quarantined there. The contract was later expanded to provide services for exposed passengers from the Diamond Princess and Grand Princess cruise ships quarantined on other bases. Over the past few months, the company has sent a team of nine Cantonese, Mandarin, Vietnamese, and Lao interpreters to work long stints at the bases. The interpreters are considered an integral part of the medical team and receive the same treatment in terms of personal protection and training.

In the meantime, Elena Langdon—owner of Alcolá Language Services & Consulting and founding partner at String and Can—has seen an increase in requests for video remote interpreting (VRI). “Several of my on-site interpreting jobs were cancelled, but I’ve seen an uptick in interest for remote or distance interpreting,” she said. “I think that, as with everything related to this pandemic, if we remain calm and operate sensibly, remote interpreting can allow for quality language access and multilingual meetings to increase, despite social distancing measures.”

As a freelance translator, my work has never been more meaningful as I (virtually) work alongside thousands of other language cohorts across the world to ensure everyone has the same access to critical information, no matter their native language. This is not a business-as-usual situation for anyone, and perhaps it’s that one universal reality that unifies us all in the midst of social distancing, self-isolation, and quarantines.

“What’s been remarkable to me is how kind everybody has been,” Lank said. “It’s nice to work with people who are in crisis mode, yet no one is lashing out. I worked from 5:00 a.m. to 12:30 a.m. yesterday and feel okay doing it. This is everybody’s emergency.”

Molly Yurick  is a Spanish-to-English translator and serves as the Deputy Chair of Public Relations for American Translators Association, which represents more than 10,000 translators and interpreters across 103 countries.

How to Avoid Misinformation: Cross-Border Strategies PR Pros Should be Thinking About »
« Content Marketers: Time to Call in the Language Professionals?